Osaka is Japan’s second largest metropolitan city after Tokyo. It is located in the humid subtropical climate zone with four distinct seasons. Its wintertime is generally mild, the flower fields offer a wide variation of flowers in the month of May however, and the region is most famous for its lavender which fascinates large numbers of visitors every summer, when the plants are in full bloom. In starting of spring season it is mild, but ends up being hot and humid. Greater Osaka has a broad network of railway lines, similar to that of Greater Tokyo. Osaka is served by two airports outside of the city, Kansai International Airport which handles primarily international passenger flights and Osaka International Airport which handles mostly domestic services and some international cargo flights.

Mount-Fuji:  Mount Fuji’s snowy peak through cherry blossom leaves. It is the highest mountain in Japan with a height of 3,776 meters (12,388 feet). The mountain with its volcano forms a symmetrical cone which has become a symbol for Japan.

Tokyo-Tower: “Man Made” is often the keyword used to describe the Japan of today as this brilliant civilization innovated their way to greatness. And the Tokyo Tower perfectly symbolizes the glory of modern Japan.

Hiroshima-Peace-Memorial-Park: Standing like a silent witness of one of the greatest tragedies of the world is Hiroshima’s Peace Memorial Park in the heart of Hiroshima. It was built to memorialize the victims of horrific nuclear bombing that took place here near the end of World War II.

Todaiji-Temple: Home to one of the largest statues of Buddha, Todaiji Temple is one of the seven great and famous temples located in the city of Nara.

Matsumoto-Castle: The land of Japan is filled with many amazing castles. The Matsumoto castle in the Nagano Prefecture is one of the few that stands on a flat plain.

Kiyomizu Dera: Kiyomizu Dera located in Kyoto is an amazing representation of the historic and legendary city of Kyoto.

Miyajima-Floating-Torii: Miyajima Floating Torii, the gate of a famous Itsukushima Shrine, is a very sacred place to the Japanese culture and quite a popular landmark.

Himeji Castle: The Himeji Castle in Himeji, of Hyōgo Prefecture is fascinating complex of castles and a brilliant architectural feat.

Golden Pavilion: Pavilion is one of the most splendid and popular tourist attractions in Japan. With pavilions extensively coated in pure gold leaf, this truly is a sight for the sore eyes.

Great Buddha of Kamakura: One of the most famous statues of Buddha lies in the city of Kamakura in Kanagawa Prefecture near the Kōtoku-in temple. 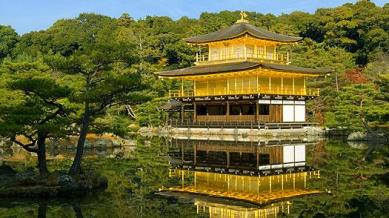 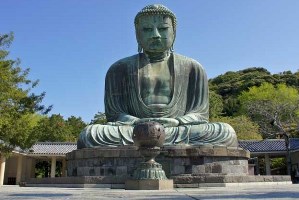